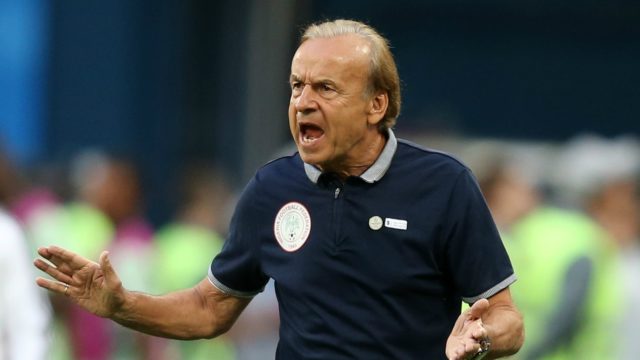 The decision to sack Rohr was taken following the bad run of form of the team since he took over in 2016.

The Nigerian men's football team qualified for the playoffs of the FIFA World Cup, finishing top of Group C after being held 1-1 by Cape Verde in Lagos on Tuesday, November 15th, 2021.

Rohr was appointed head coach of the Super Eagles team in August 2016 and led the team to a third-place finish at the 2019 Africa Cup of Nations hosted in Egypt.

Supporters of the Super Eagles have criticized the German style of play since he took charge of the team. Nigeria will face any of these teams, which include Egypt Ghana, Mali, Cameroon, or DR Congo, when the playoffs draw goes down on December 18th, 2021.