Arsenal has completed the signing of Norwegian midfielder, Martin Odegaard from Real Madrid. The Gunners paid an initial 30 million pounds plus bonuses worth around 4 million pounds on a five-year deal. 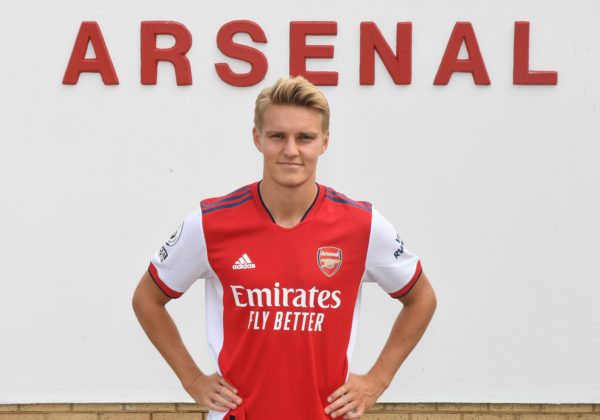 The 22-year-old was on loan with the Gunners during the second half of the 2020/21 season. He played twenty games during that period, scoring just two goals. The transfer news was confirmed in Arsenal's Twitter account on Friday, August 20th, 2021. 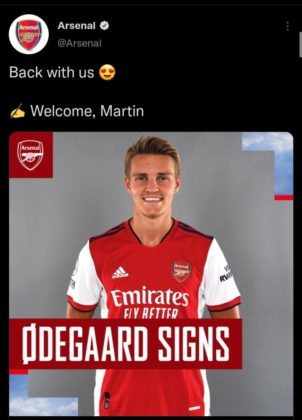 Arsenal's manager, Mikel Arteta, who was talking on the Gunners' website on Friday, August 20th, 2021, spoke about the addition the midfielder will add to his squad. He also was happy with the efforts the club put in signing the player.

Arteta is also optimistic that the experience the Norwegian has in his previous clubs will help the Gunners in the Premier League this season.

A lot of things that he brought last season. He made us better. We needed more options and alternatives for creativity. He is still a really young man, but he has unique talents for the way we want to play so I am really pleased the club have made the effort.

Odegaard made his professional debut at age 15 for Stromsgodset in 2014. He moved to Real Madrid in 2015 and was the club's youngest ever player. He just made 11 appearances for the Bernabeu side.