Manchester United and England forward, Marcus Rashford, will have to undergo shoulder surgery. The news was confirmed in an official statement released on Manchester United's website on Friday, July 30th, 2021. 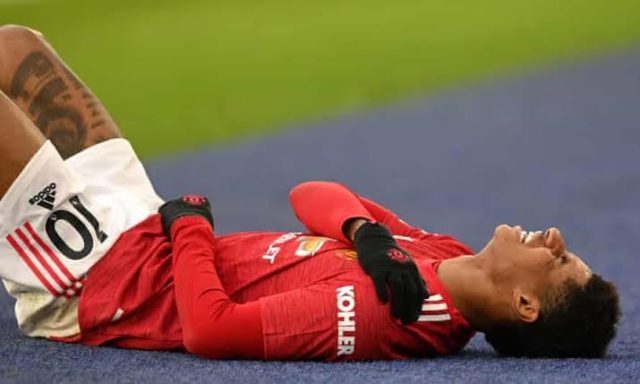 According to the statement released on the club's website, proper consultation has been done and the conclusion is that Rashford must undergo surgery. They wrote;

It was decided after consultation with Rashford, his manager, the club's medical staff and specialists. They concluded the player must undergo surgery to resolve his shoulder injury.

He will now focus on his rehabilitation to return as soon as possible. 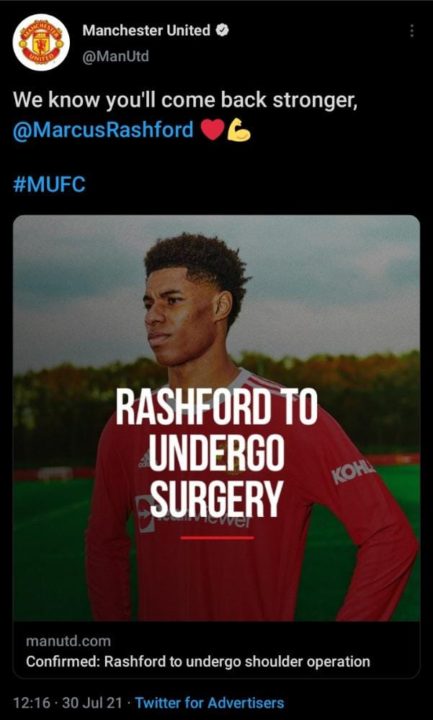 Rashford suffered a shoulder injury in November 2020 during a Premier League game, he had since been playing with the aid of pain killers. The England international will be sidelined for at least three months from when the surgery is completed. This injury news might affect Manchester United's performance going into the 2021/22 season.

The forward made 64 appearances for both club and country in the 2020/ 2021 season. He will look to getting back to full fitness so he can help his club compete for titles in the Premier League and the UEFA Champions League.