Manchester United manager, Ole Gunnar Solskjaer has expressed his delight over the signing of Raphael Varane from Real Madrid. 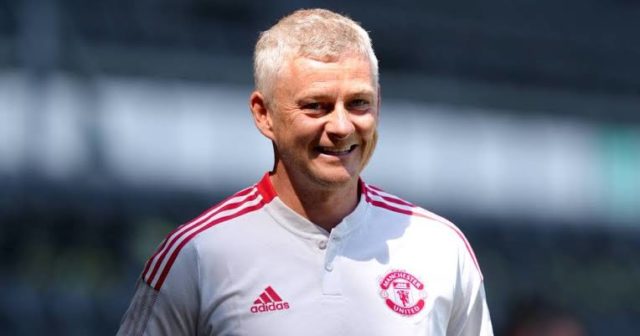 He expressed his delight at the signing of the French Defender after the club's 2-2 draw against Brentford in a pre-season game at Old Trafford on Wednesday, July 28th, 2021. He made this known on the official website of the club, via their Twitter account. 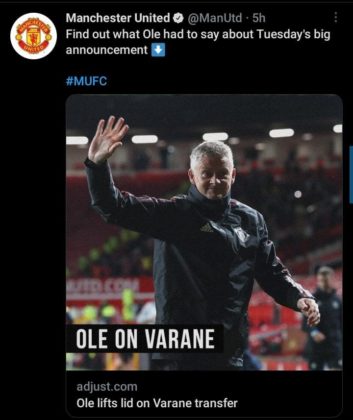 While the Red Devils made the announcement of Varane on the club's official website on Tuesday, July 27th, 2021.

Of Course, I am happy that we got the deal done with Real Madrid. He is a proven winner and a player we have followed for many years.

I know Sir Alex Ferguson was close to signing him during his time as manager of this club. He has proved over his entire career what a good person he is, first; He is professional, and he has won all there is to win as a footballer.

The unveiling of Varane at Old Trafford will take a while because of a few last details, including the completion of his medical and COVID-19 protocols.