Newcastle United have announced the appointment of Eddie Howe as its new manager following the sacking of Steve Bruce. 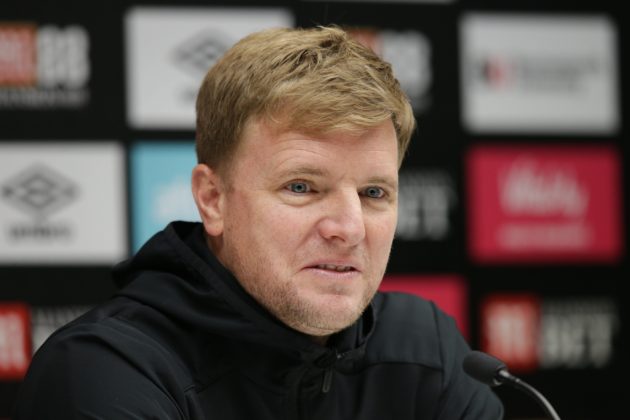 The Magpies made the announcement on its official website on Monday, November 8th, 2021. Howe expressed his excitement about his appointment as the club's new manager. He said he is looking forward to working with the players and getting to work.

It is a great honour to become head coach of a club with the stature and history of Newcastle United. It is a very proud day for me and my family.

This is a wonderful opportunity, but there is a lot of work ahead of us and I am eager to get onto the training ground to start working with the players.

The decision to sack Bruce was taken by the new owners of the club in a bid to take the Magpies to the next level. He was sacked after the game against Tottenham, which was his 1000th game as a manager.

Howe has been out of the job since August 2020 following the Cherries' relegation from the Premier League. It will be a simple relationship between Howe and some players, which include Callum Wilson, Ryan Fraser, and Matt Ritchie, having coached them for five seasons during his time at Bournemouth.

They are yet to record a win in 11 Premier League games this season and they currently occupy the 19th position behind Norwich City.