Al-Sadd Football Club have confirmed that Xavi Hernandez will leave the Qatar-based club for Barcelona. 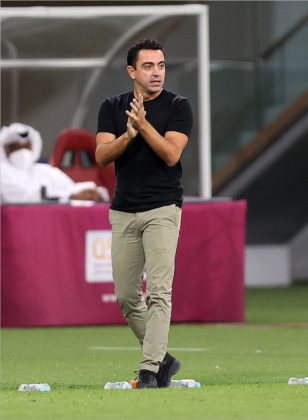 The club announced the news on its official Twitter account on Friday, November 5th, 2021. It confirmed that Barcelona has agreed to pay the buy-out clause of the former Catalonia player.

The administration agreed on the transfer of Xavi to Barcelona after paying the penalty clause stipulated in the contract. We agreed with Barcelona on practical cooperation in the future. Xavi is an important part of the contract of Al-Sadd. We wish him all success in the next stage. 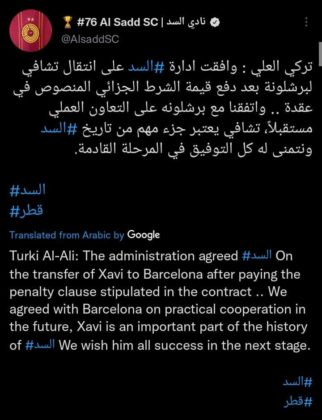 Xavi had earlier in the week confirmed that both clubs were in a final decision which will see him return to Barcelona.

The two clubs are in talks and it needs to be resolved. I am looking forward to going home, as you can imagine, but it is a matter of respect. I have a contract and the two clubs have to agree. I am very excited to go home and even more to be a Barcelona coach, which has a lot of responsibility, but I very am excited and motivated.

The Barcelona legend was optimistic that the deal will be concluded between both clubs.

I am very positive. That's how I am. I have been very clear about what I want. I think it is a matter of hours, maybe days. They know my position. Hopefully, it can be done.