AC Milan has officially completed the deal for Real Madrid's young bright talent, Brahim Diaz on a two-year loan with an option to buy contract. 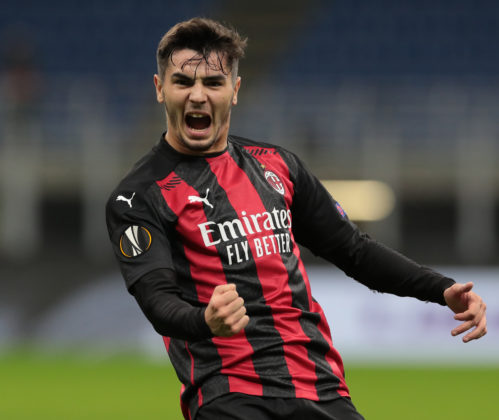 Brahim Diaz celebrating after scoring during the UEFA Europa League

The deal was announced on Milan's official website and online platforms on the 19th of July 2021.

“AC Milan is delighted to announce the signing of Brahim Abdelkader Díaz from Real Madrid CF on a temporary basis for two years. The contract ties the football player to the Rossoneri Club until 30 June 2023. Brahim, after scoring 7 goals in 39 appearances with AC Milan last season, will continue to be a Rossoneri player, wearing the number 10 jersey”.

The Rossoneri and the Los Blancos have agreed on a €3M two-year loan. Milan will have a €22M option to buy in 2023, while the Galacticos €27M buy-back clause in the contract.

The diminutive playmaker who scored 7 goals and created 4 assists in 39 appearances in 20/21, returned to the fashion city on Saturday to put pen-to-paper and complete his medicals. The Italian giants have been trying to sign him permanently since the end of the previous campaign and have finally gotten their man.

Diaz expressed his excitement on the return to a reporter at the airport: “I am super happy to be here, let’s go Milan!”, he said. The 21-year-old will be the first Spanish player to wear the No 10 number, which was previously worn by Calhanoglu, in the history of Milan.

Milani has been one of the most active clubs in this transfer window having secured top professionals like Olivier Giroud and Fikayo Tomori from Chelsea, Mike Maignan from Lille, and Sandro Tonali from Brescia.