Nigerian midfielder, Frank Onyeka, will look to make his debut in the Premier League when his club, Brentford, plays Arsenal at the Community Stadium today, August 13, 2021. The Nigerian will hope for an excellent performance if he gets selected by the coach. 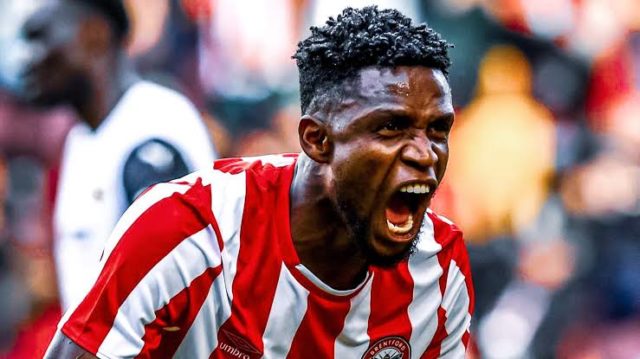 READ ALSO: LUKAKU REVEALS WHY HE RETURNED TO CHELSEA

The Nigerian made his first appearance for the Bees in a pre-season game against Manchester United at Old Trafford, giving a good account of himself. He was also impressive in his team's 2-1 victory over Valencia on Saturday, August 7th, 2021, scoring the winning goal in that match.

Onyeka signed a five-year deal with Brentford from Danish Club, FC Midtjylland, in July 2021. He scored 14 goals for the Danish club in 95 games.

This game against Arsenal is Brentford's first English top-flight competition in 74 years. They gained promotion into the Premier League last season via a play-off.