Nigerian Forward, Terem Moffi, was key in getting Ligue 1 side, Lorient their first victory of the season as his team played Monaco in their second game of the season. The Nigerian scored a first-half penalty that ensured his team went on top of the league table on Friday, August 13th, 2021. 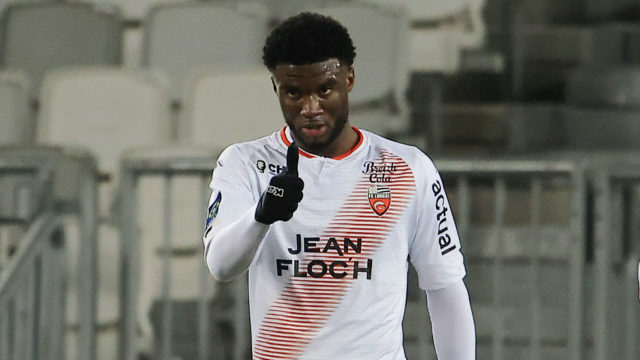 The 22-year-old scored the goal in the 31st minute of the game from the penalty spot to earn Lorient three points over Monaco.

After the 1-0 win against Monaco, Lorient is currently top of the league with four points after two games played. The next Ligue 1 fixture for Lorient is against Montpellier on Sunday, August 22nd, 2021.