Former Barcelona player, Neymar Jnr. has expressed his delight over the signing of Lionel Messi at Paris Saint Germain (PSG). The Brazilian posted a picture of himself and Messi on his Insta Story on Tuesday, August 10th, 2021. He simply captioned it, '' Back Together''. Messi signed a contract that will see him stay at PSG until June 2024 with an option to extend by a year. 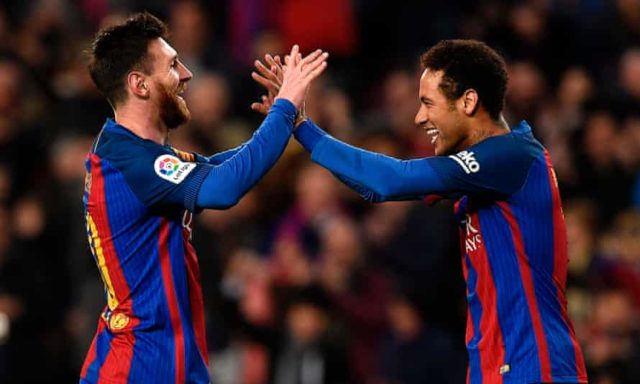 This signing of Messi will see the reunion between Brazil's Neymar and the Argentine. The duo had a tremendous impact on Barcelona's goal-scoring ability at their time to get her at the Catalonia club. 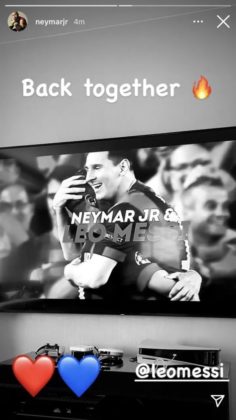 PSG board of directors and fans will hope both Messi and Neymar will create that same magic at the club alongside homeboy Kylian Mbappe.

The Ligue 1 side has been on a quest of winning the UEFA Champions League for their first time. They will hope that the signing of Messi will bring the holy grail their way.

Barcelona and Messi parted ways on Thursday, August 5th, 2021, after the Spanish club said the Financial Fair Play in Spain made it impossible to register Messi with La Liga.