Naomi Osaka Breaks down in Tears after US Open Defeat | Watch

World Number three, tennis player Naomi Osaka, was all emotional and teary in her Press conference after losing her third-round match. The Japanese also announced that she might take a break from the sport. Osaka lost her third-round match in the U.S. Open to Canadian teenager, Leylah Fernandez on Saturday, September 4th, 2021. 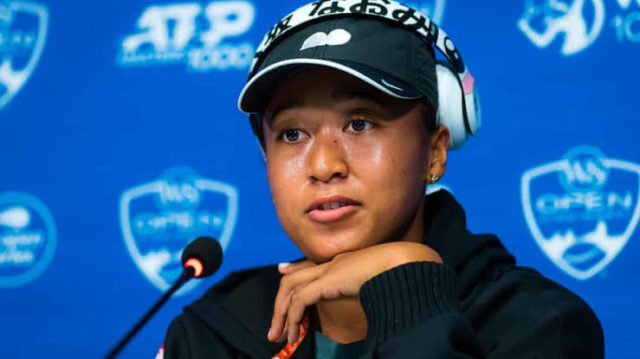 Osaka told the press after the game, admits that she is dealing with some stuff just like everyone and she might take a break from the sport.

When I win, I don't feel happy, and when I lose I feel very sad and I don't think that is normal. Basically, I feel I'm at this point where I'm trying to figure out what i want to do. I honestly do not know when I'm going to play my next tennis match. I think I'm going to take a break from playing for a while.

Osaka has been in the news in recent months after she decided not to talk to the press during the French Open. The organizers fined her, then she decided to leave the competition.

She claimed she had been struggling with depression and anxiety, saying the conditions could trigger her if she had spoken to the press during the French Open.

May Naomi Osaka get the happiness she deserves away from being asked about the moments that make her sad. #usopen pic.twitter.com/3lEnTdFTRf