Manchester United's forward, Marcus Rashford has been ruled out of the Three Lions, FIFA World Cup qualifying games against Albania and San Marino. 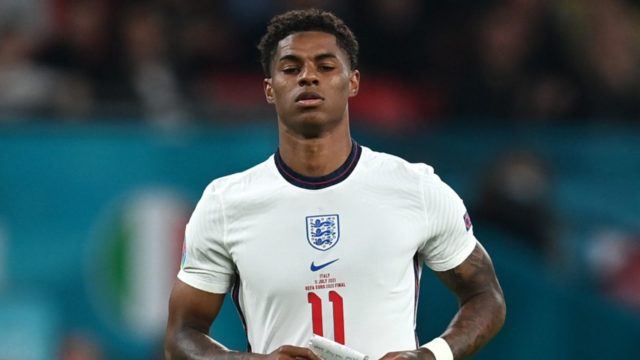 The Red Devils confirmed the news on its website on Monday, November 8th, 2021. The 24-year-old is yet to play a full game since May 9th, 2021 in a 3-1 victory over Aston Villa in the Premier League.

Rashford, who was just returning from shoulder surgery, was left on the bench during the Manchester Derby. He was brought in during the game to replace Mason Greenwood on the 67th minute.

Gareth Southgate also invited the duo of Luke Shaw and Harry Maguire, but Shaw might be a doubt for England as he is being monitored by the club's medical staff.

Manchester United will hope Rashford and Shaw are fully fit before the end of the International break. The Red Devils will play Watford, Villarreal, and Chelsea away from home in their next three games.