Marcos Alonso Confirms He Won’t Be Taking a Knee Again

Chelsea’s defender Marcos Alonso has announced that he will stop observing the pre-match kneeling for the rest of the season. He made this known after the game against Spurs. 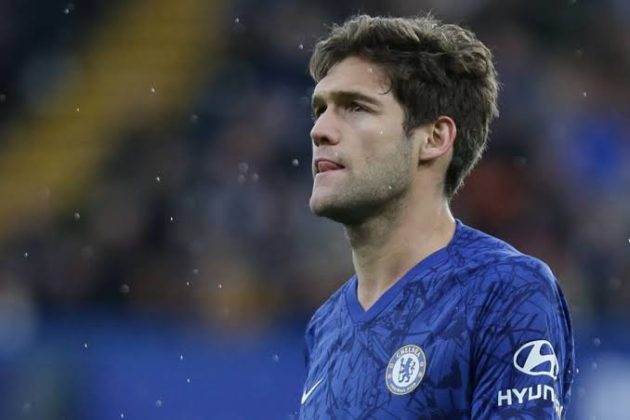 Alonso said he is fully against Racism and does not stand for the act, but he will rather point to the badge where it says “no to racism”, according to reports on Sky Sports’ website on Tuesday, September 21st, 2021.

He confirmed that he is yet to discuss the decision with his teammates, but his mind had been made up about not taking a knee.

I am fully against racism and I’m against every type of discrimination, and I just prefer to put my finger to the badge where it says no to racism, like they do in some sports and football in some countries.

I prefer to do it this way and, of course, to say very clearly that I am against racism and I respect everybody.

He was asked if his decision to not taking the knee was a political decision.

He also confirmed that he is yet to talk to his teammates about his decision.

We haven’t talked about it. We are in the changing room and we are like a family. I have a very good relationship with everyone; I love everyone and up to now we haven’t talked about it. I don’t think there is a need to, but of course, If I have to speak to anyone, I will say the same thing I just told you and I don’t think there will be any problems.

Yeah, for now I prefer to point to the sleeve and that’s what I will do.

Alonso has been a huge part of Thomas Tuchel’s team this season and has scored and assisted a couple of goals for Chelsea this season.