Manchester United Confirm Raphael Varane Will Be out For Weeks

Manchester United have been hit with another injury worry in the heart of the club’s defense. The club’s French defender, Raphael Varane, has been ruled out for weeks. 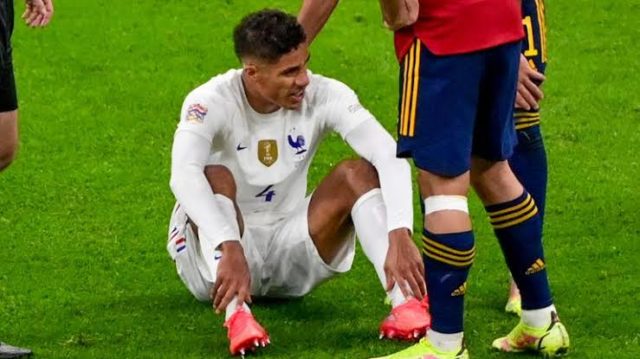 The Red Devils confirmed the news on its website on Tuesday, October 12th, 2021. Varane suffered an injury in the 2-1 victory over Spain in the final of the UEFA Nations League.

Raphael Varane sustained a groin muscle injury in the UEFA Nations League final and has commenced rehabilitation at the club. He will be out for a few weeks.

Manchester United will also be without the club’s captain, Harry Maguire, going into the run of their busy schedule with starts with a trip to Leicester City in the Premier League.

The board and fans of the club will hope the absence of their first-choice centre backs will not affect the team’s overall performance.