Manchester United has completed the Signing of Rafael Varane from Real Madrid. The contract is expected to see Varane stay at Old Trafford until June 2025, plus an option to extend to 2026. He will wear the number 19 jersey. 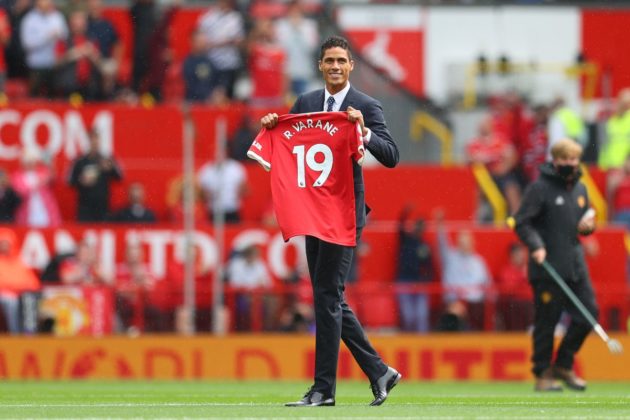 United is looking to make their defense solid as they will want to challenge for the Premier League, UEFA Champions League, and other domestic trophies. The French Defender was unveiled before the fans at Old Trafford on Saturday, August 14th, 2021.

Fans of the Red Devils will hope to see Varane partner with England defender, Harry Maguire at the heart of the defense.

The French Defender moved from Ligue 1 club Lens to Real Madrid in 2011. He had a successful career at the Galacticos, winning 18 major titles at the club, which include three La Liga titles, Four UEFA Champions leagues, Four FIFA World Club Cups, and One Copa Del Rey.