Manchester United has broken a record on the social media platform, Instagram, following the signing of Cristiano Ronaldo on Friday, August 27th, 2021. The club had over 12 million likes since it announced the player on its official Instagram account. 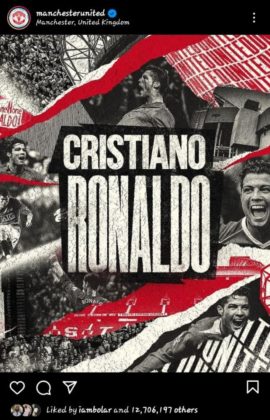 The number of likes experienced by the club is the highest in a sports club in history. The likes are currently at 12.7 million as of the time of posting this story.

Ronaldo's closest rival in football, Lionel Messi could not get that number of likes when he was announced by Paris Saint Germain on Instagram. The Argentine could only get the French Club 8.8 million likes. 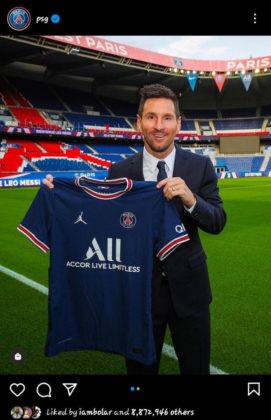 Ronaldo rejoined Manchester United from Juventus after the Portuguese told the Serie A side that he doesn't want to remain at the Turin club. The forward man has been offered a two-year deal, and he is expected to earn close to £300,000 a week.