Manchester United board will be meeting in the next couple of days to discuss the current situation of the team's performance in recent weeks and also talk about the future of Ole Gunnar Solskjaer. 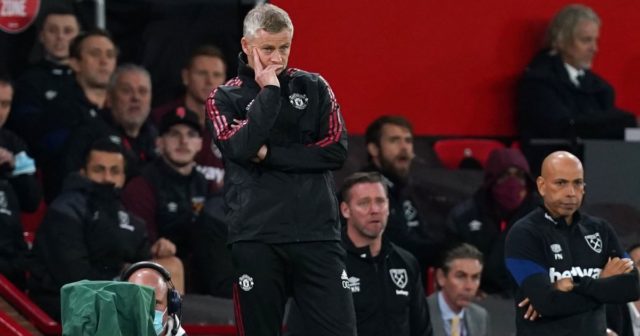 The club's manager has been under scrutiny following the poor results in the past games and most recently against Liverpool at Old Trafford.

Transfer news expert, Fabrizio Romano reported the news on his official Twitter account on Monday, October 25th, 2021. He also confirmed that former Chelsea manager, Antonio Conte has not dismissed himself from the Old Trafford job.

Manchester United was thrashed by five goals by the Red side of the Merseyside on Sunday, October 24th, 2021. Goals from Naby Keita, Diogo Jota, and a hat trick from Mohamed Salah ensured the Red Devils failed to get a win in four Premier League games.

No meeting in the night for Man Utd board. They will decide the final position in the next hours/days. Solkjaer jas has always been protected so far. Rumours about Antonio Conte not considering were not true. But no official talks yet. 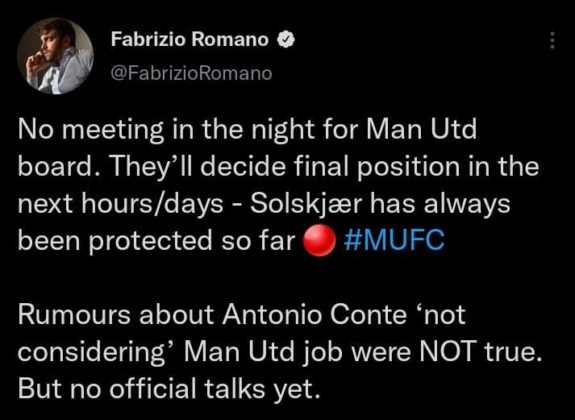