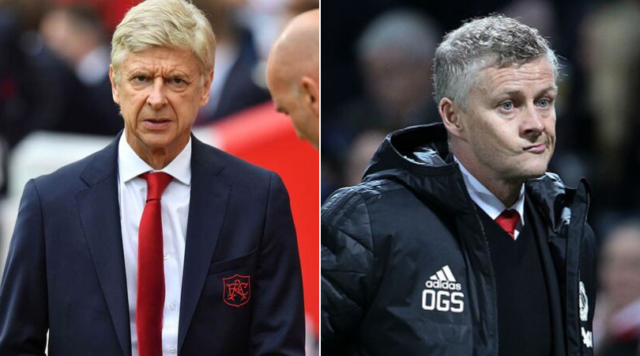 Wenger who was an analyst on Bein Sports said Ole needs to get the winning mentality of the club back and not make statements that will put will put them in a deeper crisis.

Manchester United was thrashed by five goals by the Red side of the Merseyside on Sunday, October 24th, 2021. Goals from Naby Keita, Diogo Jota and a hat trick from Mohamed Salah ensured the Red Devils failed to get a win in four Premier League games.

You could say a few words and the first thing is to protect the club and the team, as much as you can use the press. Not to come out with statements and create an even deeper crisis. You know where you are in the crisis, and you know have a lot of work to do to get that just mentally right again in the team because that's a massive blow.

Overall you try just to not make things worse than it is already and to give that message to the players. You know that crowd is always cool when they feel obligated. And the second thing, they look always for a responsible desk, and our job is th first response.