Manchester United has agreed to a personal deal with Raphael Varane, the defender has resumed training with Real Madrid ahead of the 2021/22 La Liga season. 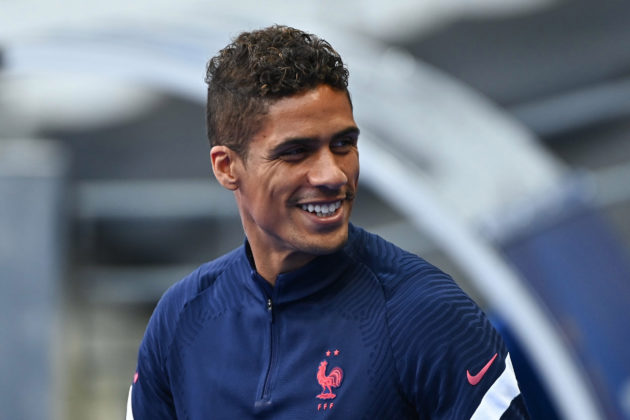 The news was confirmed by seasoned reporter Fabrizio Romano on his official Twitter account on Monday, July 26th, 2021, but he revealed that Varane representatives are working behind the scene to complete the deal before the start of the new season.

Agreement almost done between Manchester United and Real Madrid, just last details to be completed and then paperwork's time. It's a matter of hours and days. 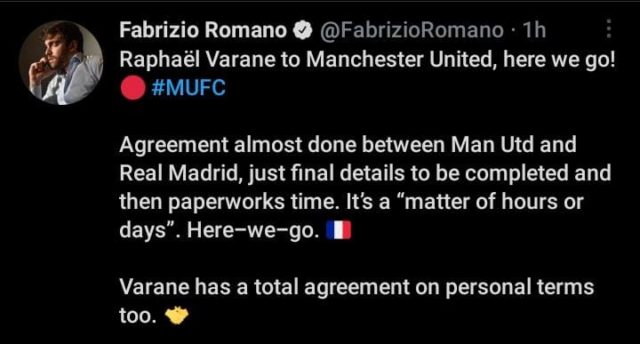 Manchester United is yet to agree on a fee with Real Madrid but the Old Trafford club is confident that the deal will come through before the end of the transfer window. According to rumors from Spain, the French defender wants to move to the Premier League side.

Manchester United will be title contenders next season if they can get the services of Varane, besides the signing of Jodan Sancho last week Wednesday on July 21, 2021.