Manchester City Unveil Kompany and Silva Statues at the Etihad

Manchester City has unveiled the statues of Vincent Kompany and David Silva. Kompany was a player at the Etihad for 11 years, captaining them for eight seasons and leading them to their first Premier League title in 44 years in the 2011/12 season. 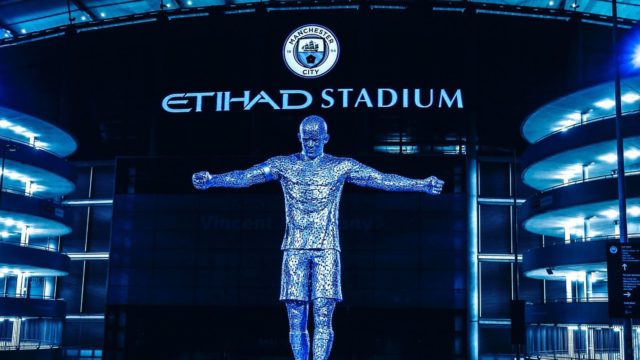 Kompany appreciated the effort that was put into the sculpture on Manchester City's website and how the club honored him. He also was appreciative that his children can always come back to the Etihad and see something that represents their father.

I didn't really expect to be recognised by such a great club in that way. My wife is from Manchester and my kids are born in Manchester, and they can go back to a place where they can see something that represents what their dad has achieved and that is something that I can't describe.

The first time I saw the statue I could not believe how long it was, but then again, I'm a big boy, so fair enough! And then especially the pose, for me it means a lot.

David Silva also told the website that he appreciated the club, acknowledges his efforts, and believes the statue really looks like him.

He also said the status reminded him of all his playing days when he was at the club.

Being at City changed my life. I'm proud of what we did together and I feel emotional that it has been recognised like this. When I first saw the statue, I felt good. I thought it was like me. This statue really represents the way I like to play. I love the pose, the sculptor, the chosen. It really reminds me of those times I was on the pitch and that moment when I had to find the striker.

Vincent Kompany left Manchester City in 2019, winning the Premier League four times, two FA Cups, and Four EFL Cups while David Silva made 436 appearances for the club, in addition to all that Kompany won, he won the EFL Cup in 2018/19 season.