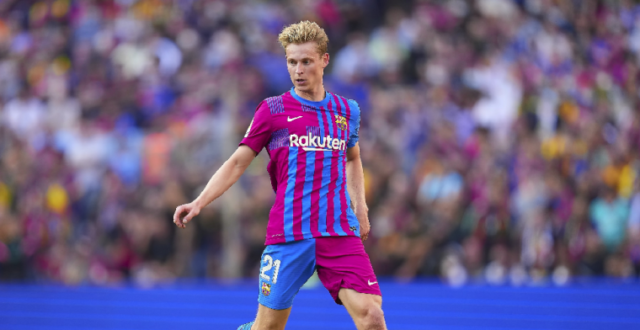 Daily Mail confirmed the news on its website on Friday, November 19th, 2021. According to reports, City have made an early move for the player in a bid to push away any club that wants to sign the player during the January transfer window.

Manchester City registered a bid of €90m to sign the former Ajax player in the transfer window in 2022. There is a possibility that Barcelona will accept the bid following the financial crisis that the club is currently facing.

De Jong might also be looking at the possibility of leaving Camp Nou following his slow start in the League. The fans of the club have heavily criticised him, following his inability to recreate the form he had when playing for Ajax.