Captain of Liverpool Football Club, Jordan Henderson is expected the sign a new contract with the Reds in the coming days. The English midfielder is in the final two years of his contract, but there have been concerns over his future since the summer window, but he is now ready to end that speculation. 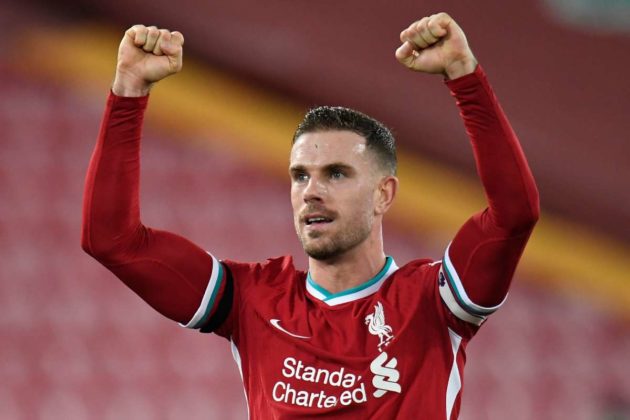 A seasoned reporter, David Ornstein, confirmed this news via his official Twitter account on Monday, August 16th, 2021. He confirmed Henderson has agreed to sign a three-year deal with an option to extend based on appearances.

The deal is expected to see the midfielder stay at the club until June 2024, which will probably see him end his football career at the club.

Liverpool & Jordan Henderson reach agreement in principle over new contract. Improved 3 year deal plus option of 4th based on appearances. Not signed yet. Klopp key to turnaround. 31-year-old shone for #LFC in friendly vs #AVFC at Anfield on Sunday. 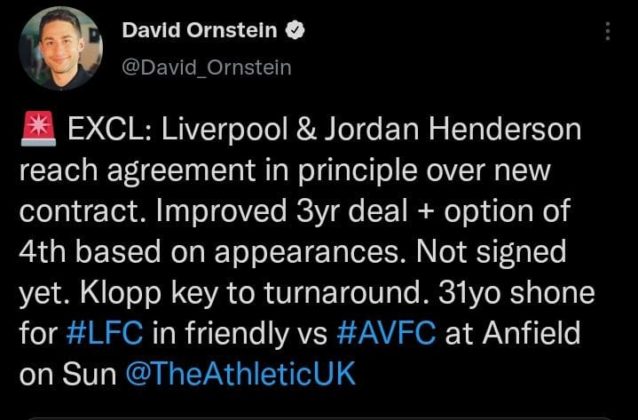 Liverpool has been able to extend the contract of Van Dijk, Alison Becker, Trent Alexander-Arnold over the past weeks and will hope they can renew the contract of their skipper.