Lionel Messi Ruled out of PSG’s Next Game

Paris Saint-Germain’s forward, Lionel Messi, has been ruled out of the team’s next Ligue 1 game against Metz. The Argentine has suffered an injury on his left knee during the game against Lyon. 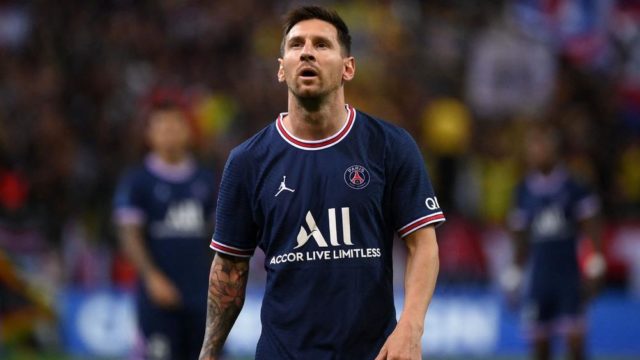 The 35-year-old underwent an MRI scan, which confirmed he has bruises on his bone. He was substituted on the 75th minute of the game against Lyon on Sunday, September 19th, 2021.

PSG confirmed on its official website on Tuesday, September 21, 2021, that the player will undergo a follow-up examination on his knee in the next 48 hours.

Messi has not start strongly since he joined the Ligue 1 club during the summer transfer window. He is yet to score a goal for the club in his first three appearances, which include the Premier League and the UEFA Champions League.

Pochettino also spoke about the substitution situation between himself and Messi.

I’m really happy with what he did during the match. He played a great first half. All the great champions don’t want to leave the pitch.

Messi will hope he finds his scoring boots for PSG soon, so he can get his name on the scorers’ sheet for the club.