Lionel Messi was on fire for Argentina in the FIFA World Cup qualifying match against Bolivia. The Paris Saint-Germain player scored a hat trick for his country, which took his goal for the Argentine’s senior team to 79 goals. 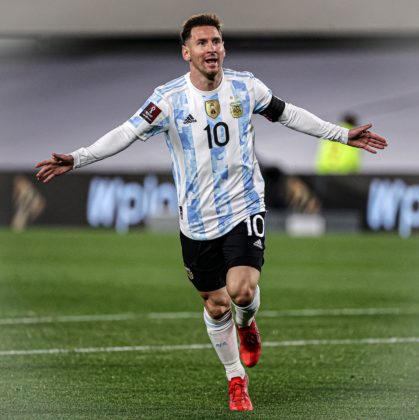 It was also a day of setting a record for the 35-year-old as he broke Brazil’s legend Pele with the most international goals scored by a South American.

Others on the top ten list are Romario of Brazil with 55 goals, Gabriel Batistuta of Argentina with 54 goals, Manchester United’s Edinson Cavani with 53 goals for Uruguay, Zico of Brazil with 48 goals, and Alexis Sanchez of Chile with 43 goals.