The Disciplinary Commission of the National Football League in France has delivered its verdict in the game between Marseille and OGC Nice on August 22nd, 2021. The game was called off after fans of Nice encroached on the pitch to attack Marseille players. Dimitri Payet was the target of the Nice fans, but the security officials calmed the situation. 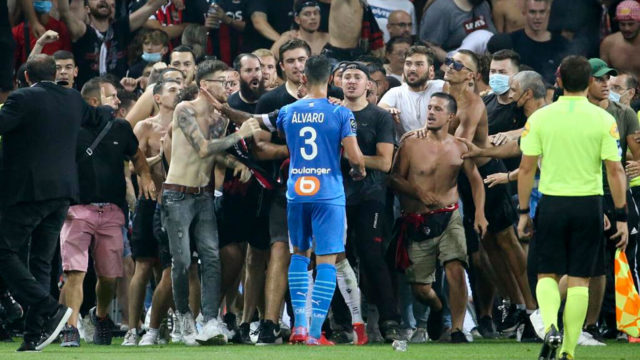 L'equipe confirmed the news of the suspension on its official Twitter account. The commission had decided that the game will be played at a neutral venue, but they have not announced the date. OGC Nice was sanctioned with a withdrawal of one point. They will also play three games behind closed doors.

The point deduction means Nice will drop to fifth place, one point behind Marseille in the Ligue 1 standings, with six points from three games.

Dimitri Payet was suspended for one game, Alvaro Gonzalez was given a two-match suspension, while Marseille's assistant, Pablo Fernandez, was issued a year suspension off the field. He won't be back for official duties until June 30th, 2021.