Leon Goretzka has extended his contract with Bayern Munich until June 2026, amid interest from Manchester United. The German international is currently in the final year of his previous contract with the Bavarians. 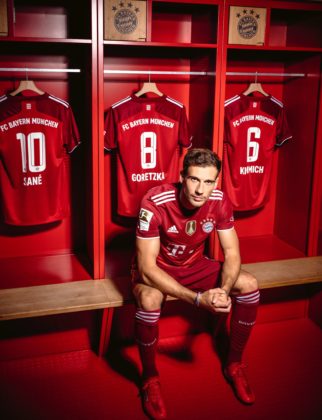 READ ALSO: I AM READY TO PLAY 90 MINUTES PLUS EXTRA TIME – PELE

Bayern Munich confirmed the news of the contract on its website on Thursday, September 16th, 2021. Goretzka expressed his desire and hunger for winning more trophies for the club after signing the new deal.

He joined the club in 2018 from Schalke 04 and was a key part of the team that won the Champions League under Hansi Flick in 2019.

We’ve won everything there is to win over the past three years. But what would be even better than winning titles is confirming and repeating these successes. We want to build on this in the coming years.

The team, the club and the environment are not just highly professional, but also familiar. This mixture is one of the things that guarantees success at this club. I am very happy to be extending my contract until 2026.

The 26-year-old has won three Bundesliga titles, two DFB-Pokal, the UEFA Super Cup, the UEFA Champions League, and the FIFA Club World Cup during his three years at the Allianz Arena.