I Am Ready to Play 90 Minutes Plus Extra Time – Pele

Brazil’s football legend, Pele has given his fans another update as it concerns his health. He said he is ready for 90 minutes plus extra time after he left the intensive care unit of the Sao Paulo hospital after his surgery. 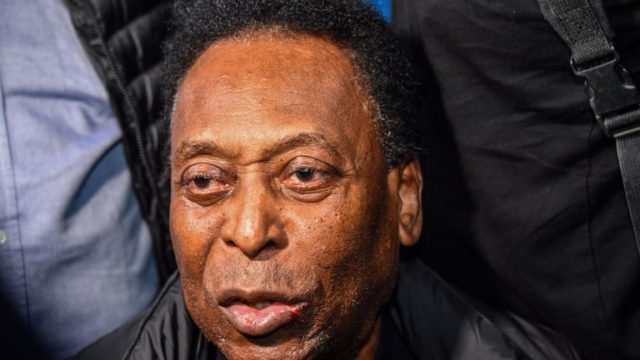 Pele confirmed the news on his official Instagram account, announcing that the operation to remove a tumor from his colon was successful.

My friends, this is a message for each of you. Don’t think for a minute that I haven’t read the thousands of loving messages I’ve received around here.

Thank you very much for each one of you, who dedicated a minute of your day to send me positive energy. Love, love and love! I have already left the ICU and I am in my room.

I continue every day happier, with a lot of disposition to play 90 minutes, plus extra time. We will be together soon! 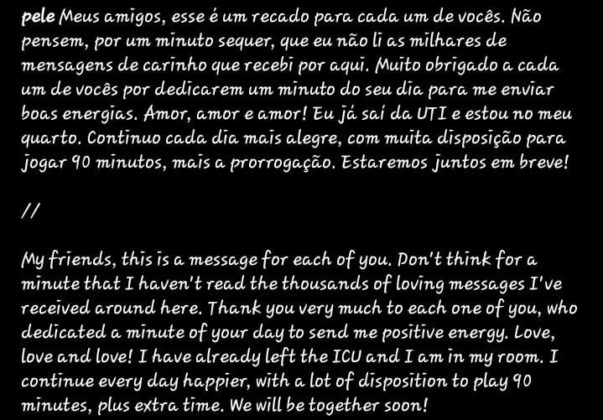 Pele has suffered from hip problems for years, which had caused him difficulty in walking without being aided. He was part of the Brazilian national team that won the World Cup in 1958, 1962, and 1970.