Paris Saint-Germain’s winger Kylian Mbappe has spoken about the possibility of him retiring from the French National team. The player has been at the centre of attraction for the wrong reasons in France since Euro 2020. 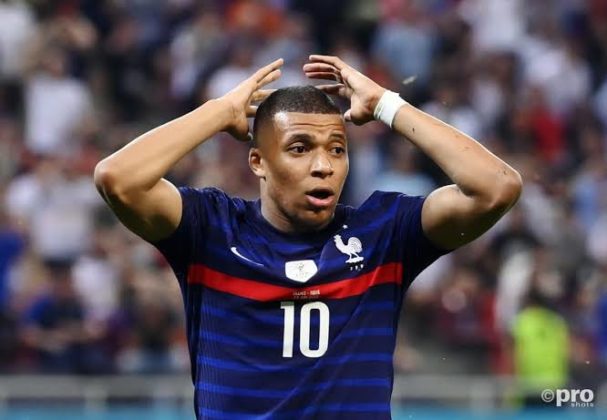 READ ALSO: YAYA TOURE OFFERS HIMSELF TO HELP BARCELONA IN THE CURRENT CRISIS

Mbappe, who was speaking to L’Equipe in an interview, said things have not been the same for him since missing the penalty at the Euros.

Switzerland knocked France out of the competition against all odds on a penalty shoot-out. The 22-year-old was part of the French players that lost a penalty during the shoot-outs.

I have so much love for the French national team that I abstract from it all. What shocked me, again, was being called a monkey for the penalty. That is what I wanted support around, not because I took my penalty to the left and Sommer stopped it: that, that is on me, that is my foot that did that.

Mbappe is close to having 50 caps for the French National team. He was also on the verge of leaving PSG for Real Madrid during the last transfer window, but the Ligue 1 club was keen on keeping him.