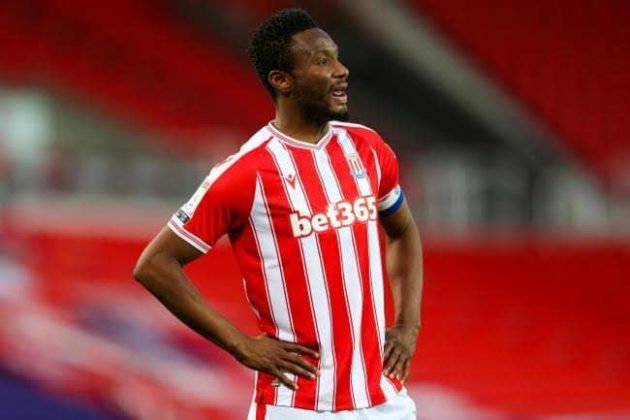 The club made the announcement on its official Instagram account (@KuwaitSC) confirming the news. The former Super Eagles captain joined Kuwait SC on a free transfer, signing a one-year contract with an option to extend the deal. He played only four months for the club representing them in the AFC Cup. 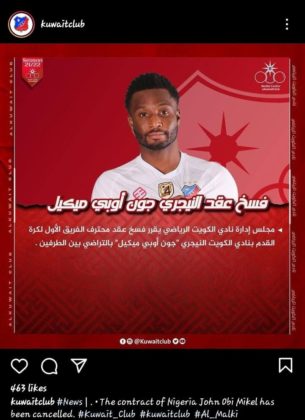 Mike started his top-flight club football in Chelsea Football Club where he won the Premier League, FA Cup, UEFA Champions League, and Europa League. He also played in the English Championship for Middlesbrough and Stoke City before heading to the Chinese Super League to play for Tianjin Jinmen Tiger and also Trabzonspor in Turkey.