Barcelona's latest signing, Kun Aguero, has been ruled out of playing football for 10 weeks after sustaining a calf injury. The injury news was confirmed via Barcelona's official Twitter account on Monday, August 9th, 2021. 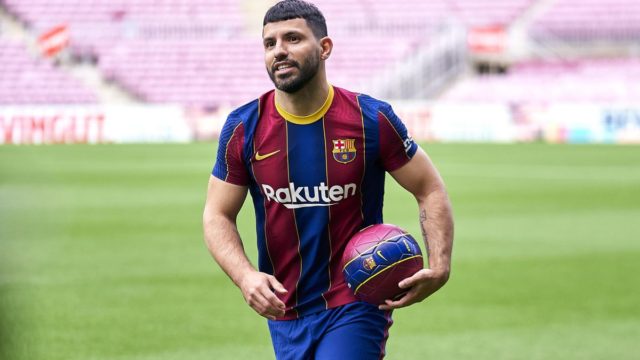 Kun AgueroAguero sustained the injury in his debut game for the Catalans against Juventus on Sunday, August 9th, 2021.

The player joined the Spanish club on a free transfer from Manchester City in the summer of 2021. He signed his contract on May 31st, 2021 after winning the Copa America with Argentina. According to rumors, Lionel Messi was key in convincing the Argentine to join the Catalan team.

Test carried out on the player confirmed a tendon injury on his right calf and after the scan, he is expected to be out until November 2021 to recuperate. 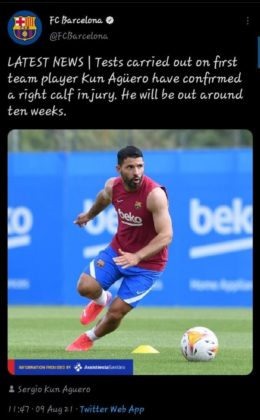 The Catalans will start the new season, which begins on Friday, August 13th, 2021 without striker, Kun Aguero, and just departed Lionel Messi. Barcelona's first game is against Real Sociedad on Saturday, August 14th, 2021.