Manchester City's midfielder, Kevin De Bruyne has spoken about his relationship with Jose Mourinho and the reason why he left Chelsea. 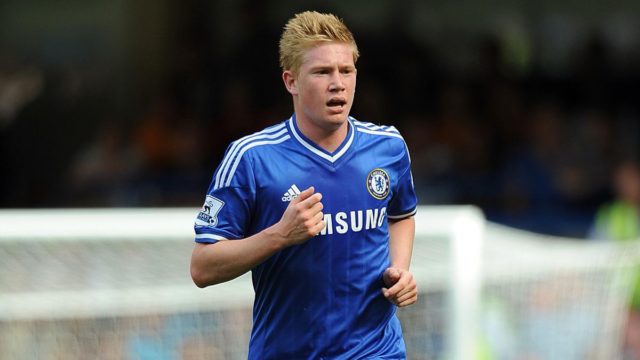 The Belgian was speaking in an interview, which was reported by Mirror Football on Saturday, November 13th, 2021. According to the reports, De Bruyne said he never hated Mourinho despite the lack of playing time for Chelsea.

He was later sold to Wolfsburg during the transfer window in January 2014 before returning to England to play for Manchester City in August 2015.

Chelsea wanted to keep me and give me a chance but I wanted to go to Dortmund ( but that move didn't materialise). I had a good feeling about that and I always decided by feeling. I did play a bit at Chelsea, but away at Swindon in the cup, that was dramatic. I hadn't played for a month and then you have to play against a League 2 like that. After that, it was over.

He also denied the statement by Jose Mourinho where he said the player came to him that he wanted to leave the club.

I never went to Jose Mourinho. I trained hard; I showed enough. But it's a football myth that if you train well, you get a chance.

That is not true. I left it hanging a bit because I didn't see a chance to play anymore, but then I learned to behave differently sometimes.

And that you can get out of such a situation. But I didn't see that then. I just wanted to leave. And I didn't hate Mourinho either. I'm not a little kid. It didn't work out then.

De Bruyne has established a name for himself since joining City. He has won the FA Cup, three Premier League titles, and five League Cups.

He has also been named the PFA Players' Player of the year for the past two seasons and won another individual award for both club and country.