Juventus have received a bid for Cristiano Ronaldo from Manchester United. The offer is said to be worth 25 million euros and the Old Trafford club has offered Ronaldo a two-year deal that will run until June 2023.

The player told Juventus through his agent, Jorge Mendes, on Thursday, August 27th, 2021, that he wanted to leave the Turin club. 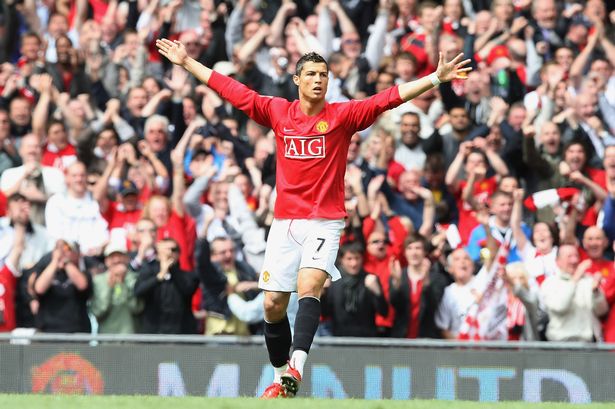 Manchester City had earlier withdrawn from the deal. The Cityzens wanted Ronaldo but wanted him for free, and Juventus was not ready to let the player leave for free. 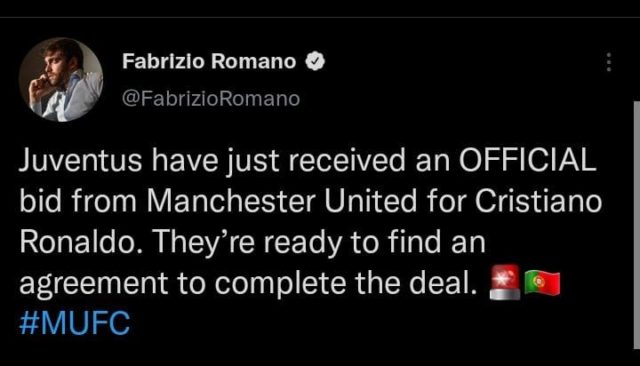 Manchester United boss, Ole Gunnar Solskjaer in his press conference ahead of this weekend’s Premier League game against Wolves, gave a hint that his club might have the last laugh as it concerns the signing of Ronaldo.

Ole confirmed that Ronaldo’s teammate in Portugal, Bruno Fernandes, has been speaking to him about where he wants to play next, according to Talk Sport.

He also said he has good communication with Ronaldo.

I didn’t think Cristiano was going to turn out leaving Juventus. It’s been speculation this morning, speculation the last few days.

We have always had good communication. I know Bruno has been talking to him as well. He knows what we feel about him and if he was ever going to move away from Juventus; he knows we are here.

Ronaldo left Old Trafford in 2009, having won three Premier League titles and one UEFA Champions League. He also won his first Ballon d’Or award when he was at Old Trafford.