Juventus and Everton have both agreed to seal off the deal of Moise Kean. The striker left the Turin club in 2019, but the club is ready to bring him back as a replacement for Cristiano Ronaldo. Keane is returning on a season-long loan deal with an option to buy. 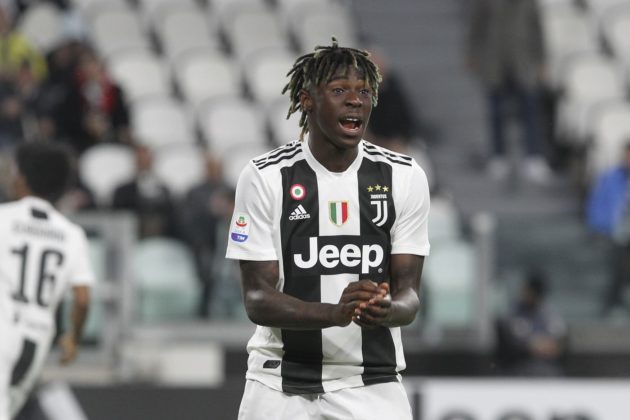 Transfer news expert Fabrizio Romano confirmed the news on his official Twitter account on Saturday, August 28th, 2021. According to him, Kean will undergo his medical on Sunday at J Medical, with the player likely to be announced on Monday. 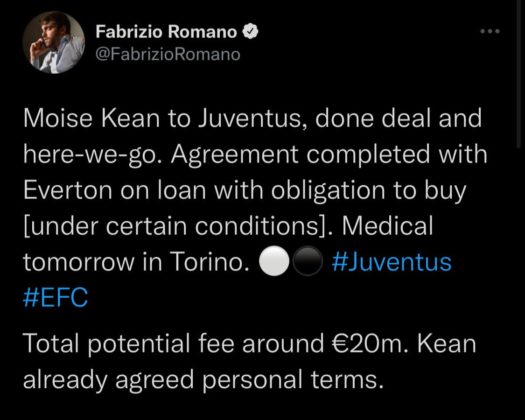 The 22-year-old had two years with Everton since he joined in the summer of 2019. He joined the club with high hopes but did not get a chance during his first season at the club. Kean then spent last season on loan with Paris Saint Germain, he scored 13 goals in 26 league games for the Ligue 1 club.