Juventus has agreed to sign Manuel Locatelli from Sassuolo for 30 million pounds, the deal is expected to see him stay at the club until June 2026. The Serie A club will look to strengthen their midfield going into the new season. 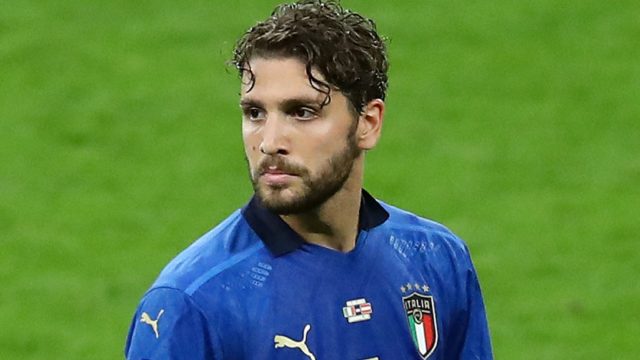 The Italian has reportedly been linked to joining Arsenal, but the deal with the Premier League side did not come through as the midfielder decided to move to Juventus.

He confirmed that they have completed the total agreement among all parties involved.

Official announcement in the next few days. 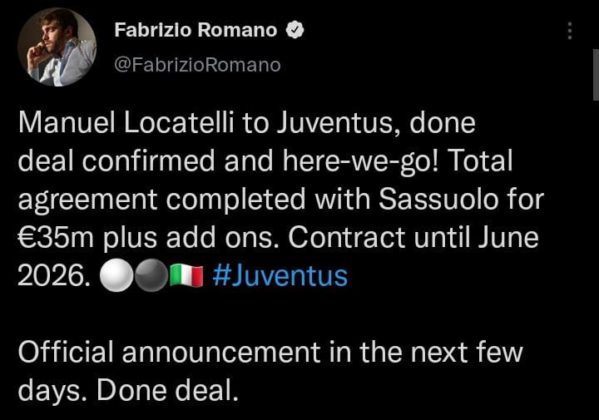 He started his football career at Atalanta before moving to AC Milan at age 11 in 2006. He signed his first professional contract with the Milan team from July 2015 until June 2018. At the end of his contract, Milan loaned Bakayoko from Chelsea, so the club decided Locatelli joins Sassuolo on loan.

He transferred to Sassuolo on loan with an obligation to buy. He scored 3 goals in 31 appearances in his first season for the Serie A team.