Tammy Abraham has completed his move from Chelsea Football Club to AS Roma for 34 million pounds on a five-year deal. The 23-year-old striker fell down the pecking order at Chelsea when Thomas Tuchel took over from Frank Lampard as manager in January 2021. 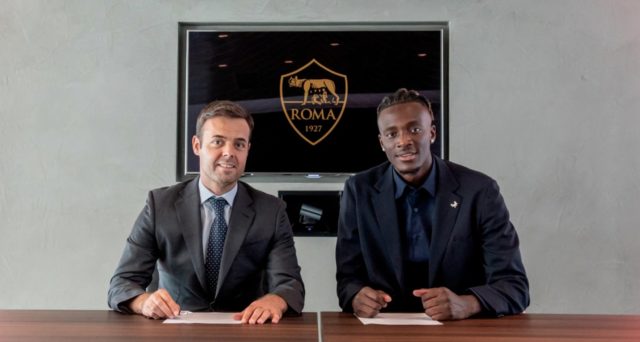 The England striker joined Roma this summer when Chelsea resigned Romelu Lukaku from Inter Milan on Thursday, August 12th, 2021. The forward man will wear a Jersey Number 9 shirt at Roma.

Both Chelsea and Roma confirmed the transfer news on their official Twitter accounts on Tuesday, August 17th, 2021.

AS Roma's general manager, Tiago Pinto said at the unveiling of the striker, that he believes this opportunity taken by Tammy will help him show what he can do on the pitch.

He also said the hunger and desire that he sees in the English striker is one that is needed that the club.

Choosing to leave the Premier League demonstrates very clearly just how Tammy believes in this opportunity to show what he can do.

Bringing in players that have such a hunger and desire to play for our club in hugely important. 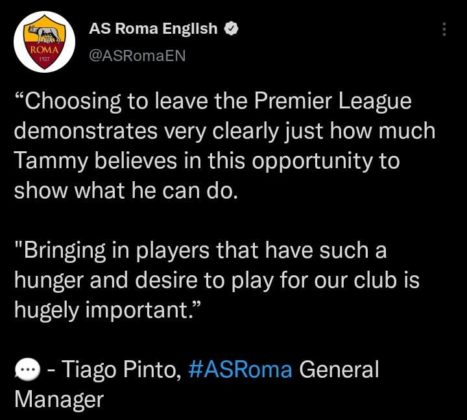 Chelsea has a Buy-Back-Clause in the deal, and they can activate it from June 2023. If the Blues are interested in bringing him back to the Bridge, then they will have to pay 68 million pounds.