Liverpool's manager, Jurgen Klopp has given an update on Roberto Firmino's injury which the Brazilian suffered in the UEFA Champions League in the 2-0 win against Atletico Madrid on Wednesday, November 3rd, 2021. 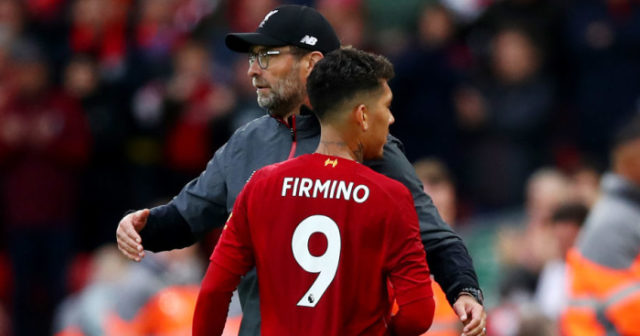 Klopp was speaking in a press conference on Liverpool's website ahead of the Reds fixture against the Hammers in the Premier League on Sunday, November 7th, 2021.

The German said the Brazilian suffered a hamstring injury and this is a big blow for the club but he hopes Firminho will recover quickly.

We don't know exactly how long he will be out but it will be not now after thr international break directly. We have to work on that, losing Bobby is a blow, we have known fot two or three days it is serious. More than four, I would consider a serious injury. It's Bobby, he is a quick healer. If you have an injury before the international break, you imagine after they will be ready but that won't be the moment with Bobby

This is Firmino's second hamstring of the season, he suffered the first in the 1-1 draw against Chelsea at Anfield.  Liverpool host West Ham United in the Premier League, the Reds will hope to bounce back from the disappointing draw against Brighton.