Barcelona’s President, Joan Laporta, has backed the club’s coach Ronald Koeman in the present situation the Catalan club find themselves in. Norman has been under fire in the media following Barcelona’s poor run of form this season. 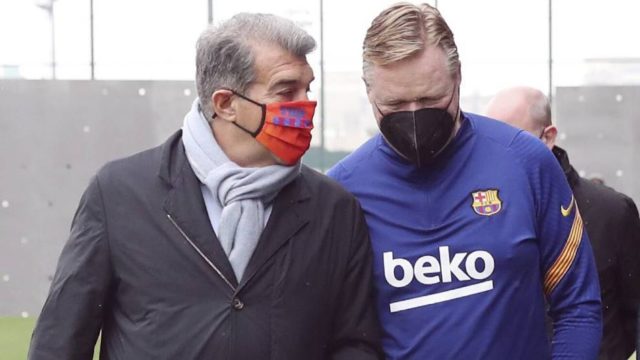 Transfer news journalist, Fabrizio Romano confirmed the news on his official Twitter account on Saturday, October 2nd, 2021. According to the tweet, Koeman will remain manager of Barcelona, no matter the result against Atletico Madrid in La Liga. 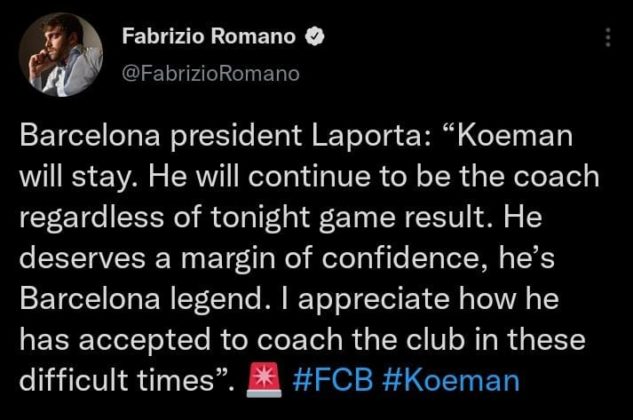 Koeman will stay. He will continue to be the coach regardless of tonight game result. He deserves a margin of confidence, he is Barcelona’s legend. I appreciate how he has accepted to coach the club in these difficult times.

According to reports from Spain, Barcelona are looking for a possible replacement for Koeman but the financial crisis at the club is major concern.

Chelsea Set to Lose Another Defender in January