The Italy team has emerged winner of the EURO 2020 competition, after triumphing over England via a penalty shoot-out. 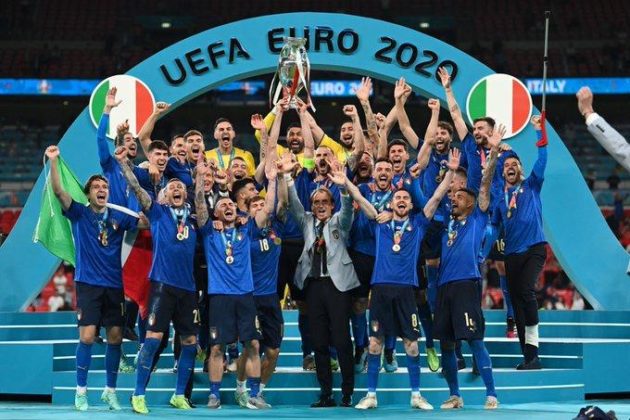 The Euro 2020 final opened in favour of the three lions, after they were able to steal a goal in the early minutes of the game. Manchester United left-back Luke Shaw latched in a cross after just one minute and fifty-seven seconds after the game started, making it the fastest-ever goal in a European Championship Final.

Apparently, Shaw was the one who started the move that found Kieran Tripper on the right. He crossed to his fellow wing-back and Shaw did justice with the volley. 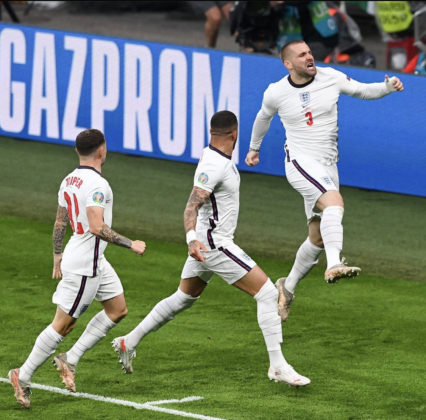 Italy kept on pushing until they eventually got a deserved equalizer in the 67th minute. The Azzurri won a corner courtesy of Juventus winger Federico Chiesa. The corner bounced over to Marco Verratti who dived at the ball and headed it towards goal. England goalie, Jordan Pickford, brilliantly pushed the ball and it bounced to Leonardo Bonucci, who didn't waste time in tapping it into the neat. The Italian team equalizes to keep the game open!

The Bonucci goal gave Italy the required boost as they kept the pressure on England, but they weren't able to get a goal which forced the game into extra time- the seventh euro final to enter that phase. Extra time also yielded no goal forcing the game into penalties where Italy won 3-2, making it their third Euro title.