Italian Star is Not for Sale, Man United and Liverpool Inform EURO2020

Inter Milan has publicly branded Midfielder Nicolo Barella as Untouchable. In the face of rumors circulating, claiming Englsih duo Manchester United and Liverpool are eyeing the EURO2020 Italian star midfielder, Inter has come out to say 'he is not for sale'. 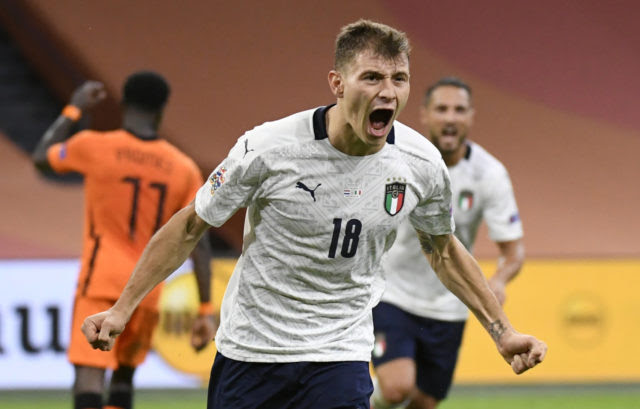 
Italian football journalist and transfer expert Fabrizio Romano made this information public as he tweeted that the Serie A champions have no intention of letting Barella leave their camp this summer, having already sold one of their key players, Achraf Hakimi, to Paris Saint Germaine due to covid inflicted financial struggles that look to be settled. Also, the club would like to keep hold of star, striker Lukaku who is attracting major interests.

Liverpool is yet to replace Netherlands captain Gini Wijnadum who moved to PSG while Manchester United is on the lookout for a new midfield star as French international midfielder Paul Pogba is still stalling on signing a new contract with the club, with hopes of getting a bumper deal or leaving on a free transfer next summer.

24-year-old Barella who played a key role in Italy’s European triumph and Inter Milan‘s Serie A winning campaign is a technically gifted player with an extensive skill set that can allow him to perform different functions in the middle of the park, so it is understandable why rumors claim both English powerhouse are interested in the talented player's signature but as of now, his current employers aren't listening to proposals as he is considered untouchable.

The Nerazzurri player is said to be worth around €70M and with the Italian giants unwilling to listen to offers for the box-to-box midfielder, it will take a ridiculous bid from England to price Barella away from San Siro.