Inter Milan has canceled their tour to the United States due to concerns surrounding the spread of COVID-19, joining Arsenal who first pulled out in the early hours of Wednesday, 21st July 2021. 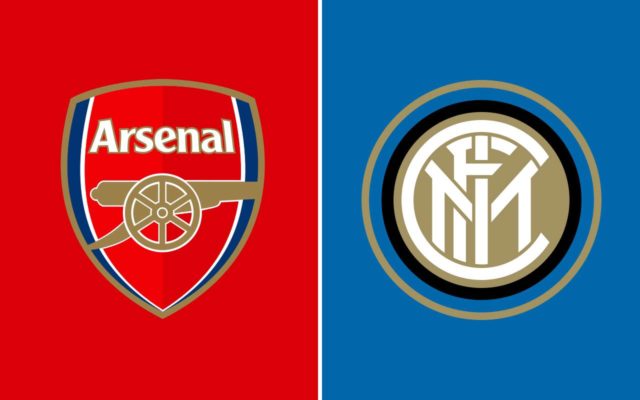 Both clubs were set to travel to the US today Wednesday ahead of participating in the Florida Cup, alongside Everton and Colombian side Millonarios.

The Serie A side’s announcement arrives almost a day after Arsenal pulled out of the trip to Florida, which both teams were scheduled to take part in, due to positive cases of COVID-19 within the club’s camp.

Inter made the announcement on their website which read:

“MILAN - FC Internazionale Milano announce that they will not be travelling to the USA for the Florida Cup due to the current risks involved in international travel as a result of the spread of the pandemic, risks that have already caused Arsenal F.C. to withdraw from participation”. 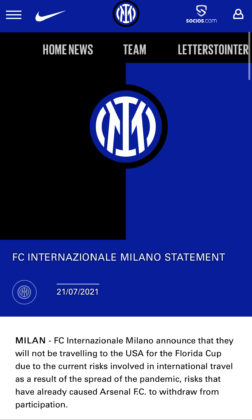 Arsenal also dropped a statement for their fans to explain why they are no longer touring the US: 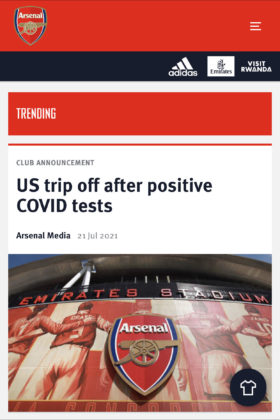 Arsenal's statement to their fans

“Following a small number of positive COVID tests among the planned party to travel to America tomorrow, we have sadly been forced to withdraw from the Florida Cup.

This difficult decision is based on ensuring the health and wellbeing of our players and staff.

We fully understand what a disappointment this is for our supporters in America who were looking forward to seeing us compete in the Florida Cup as part of our pre-season build up. Our apologies also go to the organisers of the Florida Cup who had done a fantastic job making the preparations and our partners who had arranged events around our participation in the competition.

We are glad to say the members of staff are not currently displaying any COVID symptoms. They are now in self-isolation at home.

We are now making alternative arrangements in line with the Premier League protocols to continue our preparations for the new season.