Tottenham and England striker, Harry Kane, has officially dropped a statement following speculations around his future at the Spurs. The striker dropped the statement on his official Twitter account on Friday, August 6th, 2021. 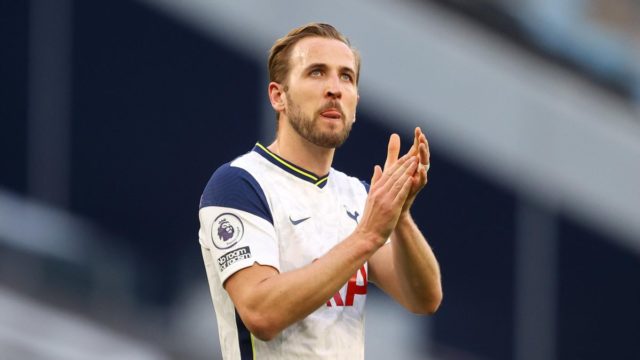 Harry Kane said he never refused to train with Tottenham and will return to the club on Saturday, August 7th, 2021, as planned. He went further to express his disappointment at his fans whom he said made comments that questioned his professionalism. He said;

It's been almost 10 years since I made my Spurs debut. For everyone of these years, you that fans have shown me total support and love.

That's why it hurts to read some of the comments that have been made this week questioning my professionalism.

While I won't go into the specifics of the situation, I want to clarify that i would never and have never refused to train. I will be returning to the club tomorrow (Saturday), as planned.

I wouldn't do anything to jeopardise the relationship I have with the fans who have given me such unwavering support during my time at the club. This has always been the case as it is today. 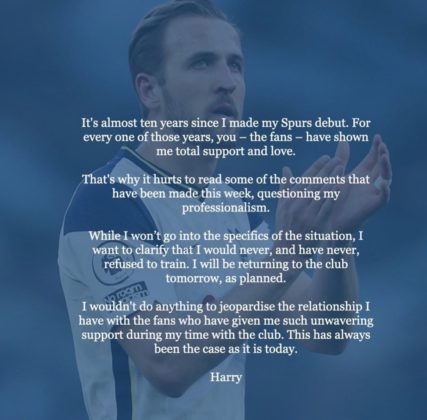 Kane did not show up for training on Monday, August 3rd, 2021, when he was expected to, instead he remained on holiday in the Bahamas. The striker has been linked to Manchester City during this transfer window, but both parties have remained quiet on the rumors.