Borrusia Dortmund might be without their forward man, Erling Haaland for a while following the revelation made by the player's father in an interview. 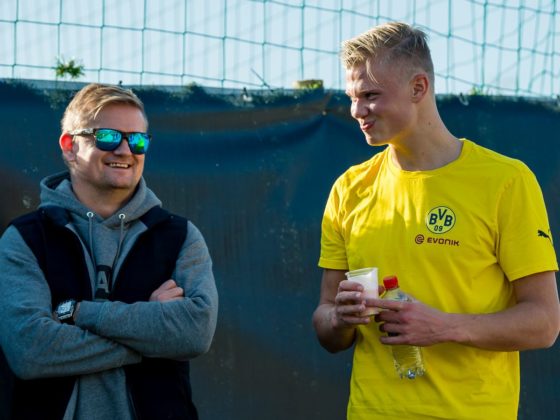 Haaland and his father

Daily Mail confirmed the news on its website on Thursday, November 4th, 2021. According to the report, Haaland's father, Alf-Inge, said it will be a miracle if his son is fit by December.

Haaland has scored 13 goals in 10 games for the Bundesliga club but they have failed to hit the ground running in their last four games following the injury to Haaland.

Dortmund has lost their two Champions League games against Ajax on Matchday 3 and day 4 in Holland and Germany respectively.

He's doing relatively well considering the situation, but he'll be out for a little while. It would be a bonus if he gets some games before Christmas but it's rather unlikely.

This injury update means Dortmund will be without Haaland when they host Bayern Munich at the Signal Iduna Park on December 4th, 2021 in the Bundesliga.