Chelsea Football Club transfer target Erling Haaland has given a hint on the speculation linking him from Bundesliga side Borrusia Dortmund to the Premier League side. Haaland told a Sky Sports reporter at Dortmund pre-season training in Switzerland on Tuesday, July 27, 2021, that he hopes the Chelsea bid is just a rumor. 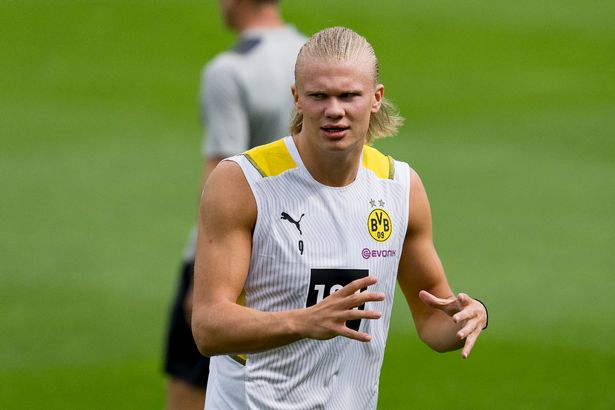 I have a long-term contract with Dortmund, as a player you want all the speculations but I have three years left on my contract. I haven't spoken to my agent in over a month but 175 million pounds that I am hearing as my price tag is a lot of money and that's too much for a person but I really hope it's just a rumour.

The Blues are looking to strengthen their attack going into the 2021/22 season Premier league season and they will also look trying to defend their UEFA Champions League title which was won at the expense of Manchester City on Saturday, May 29, 2021.

The London side might have to rely on Timo Werner finding his scoring form if they cannot sign Haaland this transfer window. Werner was in amazing form for the Bundesliga team, RB Leipzig scoring 78 goals in 127 games. The German has failed to replicate such form since he signed for Chelsea last season with just 6 goals in 35 games.

Haaland was signed from Salzburg by Dortmund last season and he has since scored 40 goals in 43 games for the Black and Yellow.