Manchester City boss, Pep Guardiola has spoken about the future of England international, Raheem Sterling. The player who was speaking in an interview with Sky Sports said he was open to leaving the Manchester club to get more playing time. 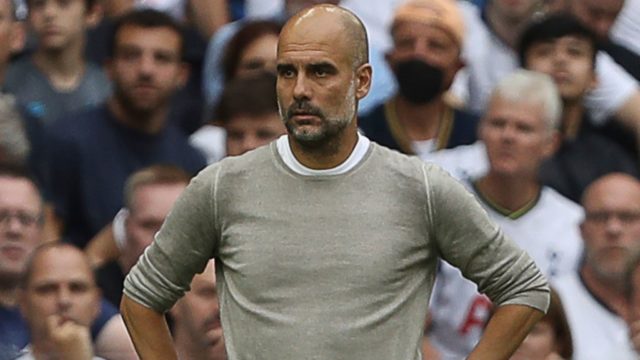 READ ALSO:  JURGEN KLOPP RULES OUT ALLISON AND FABINHO AHEAD OF LIVERPOOL'S CLASH

Transfer News expert Fabrizio Romano confirmed the news on his official Twitter account on Friday, October 15th, 2021. Guardiola said Sterling is his player and he doesn't know why he is not happy at the club.

The Spanish manager said, if Sterling is not happy at the club then he has to make a decision that best suits him.

Raheem is our player and hopefully will be an incredibly important player. What I want from Raheem and everyone is they have to be satisfied to be here. If that's not the case, he has to make the best decision. 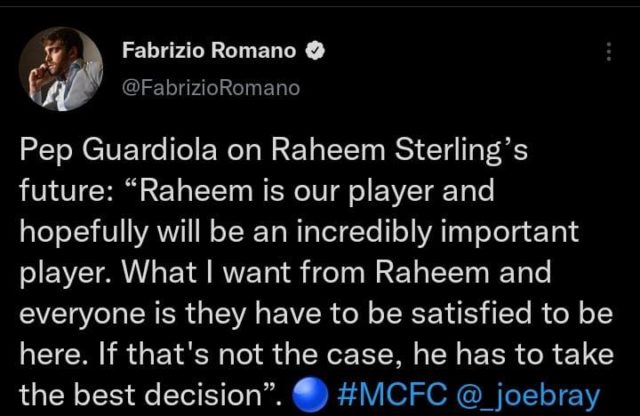 Manchester City is third on the league table with just 14 points in their first seven games of the season, two points behind league leaders Chelsea.