Atletico Madrid’s striker, Antoine Griezmann, equaled Michel Platini’s record for the number of goals for the French National team. The striker achieved the feat on Tuesday, September 7th, 2021, when he scored a brace in the World Cup qualifying match against Finland. 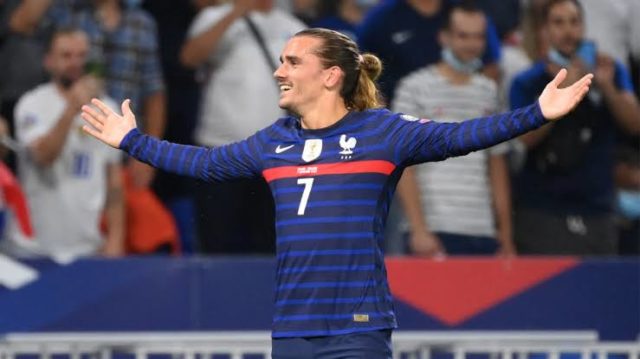 Griezmann has scored 41 goals for France, the same number as the number of goals scored by Platini. The 30-year-old scored the goals for Les Bleus as they beat Finland 2-0.

The forward man expressed his delight in equalling Platini’s record. He also spoke about always giving his best since he made his debut, according to reports from Goal on Wednesday, September 8th, 2021.

It’s a great source of pride. Since I’ve been here since 2014, I always try to bring the best, whether it’s goals, with my defensive or offensive work.

He also spoke about the performance of the team in the game.

There have been others, but I am very happy with my performance and that of the team.

France has not been exceptional in their opening two group games as Bosnia and Ukraine held them to a 1-1 draw in last week’s games.