The Super Eagles were looking forward to a second victory against Cape Verde after beating Liberia 2-0 on Friday, September 4th, 2021 at the ongoing FIFA World Cup qualifying game. Cape Verde came into the game with the hope they could cause an upset by beating Nigeria. 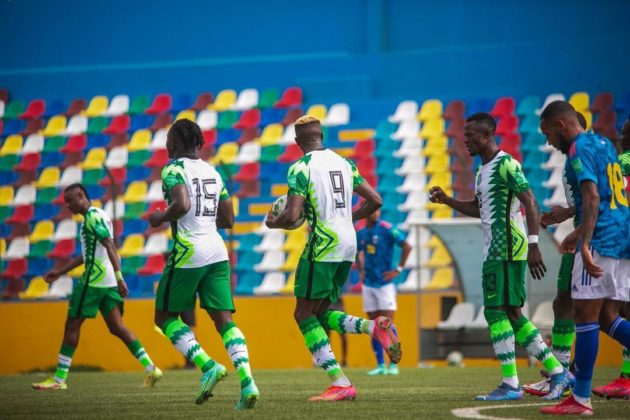 The opening fifteen minutes of the game gave little entertainment, as both teams were very cautious, as they were trying not to concede an early goal. Tavares sent the home fans on their feet when he scored the opening goal of the game in the 19th minute after the blue sharks capitalize on the weakness of Jamilu Collins at the left side of Nigeria's defense.

Victor Osimhen got the Super Eagles back in the game when he capitalized on an error caused by Vozinha, the Cape Verde goalkeeper on the 29th minute, to get Nigeria back into the game. There were shouts of penalty from the Nigerian team before halftime, but the referee was not interested in the appeal. The first half ended 1-1 between both teams.

Super Eagles started the second half with total dominance, but they could not break the defense of their host. Nigeria took the lead on the 75th minute after Kenny Santos scored an own goal when he fired a shot to his goal, but it was too difficult for his goalkeeper to deal with the ball. The game ended 2-1 in favor of Nigeria.

Super Eagles go top of the Group with six points from 2 games with Cape Verde with a point from 2 games. Nigeria will play the Central African Republic while Cape Verde will play Liberia in October 2021 during the next International window.