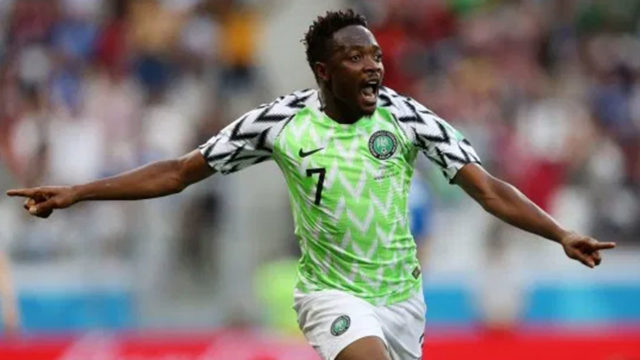 Musa made his debut for the Super Eagles on August 5th, 2010 in the 2012 Africa Cup of Nations qualification against Madagascar. He came in as a substitute for John Obi Mikel, the Super Eagles, won the game 2-0. The former Kano Pillars player is the third Nigerian player to earn himself a century of caps with the Super Eagles.

He scored his first goal for the Super Eagles in an international friendly game against Kenya in March 2011. The player has represented Nigeria at two Africa Cup of Nations and two FIFA World Cups, scoring 15 goals for Nigeria in all competitions.

Musa has won three Russian Premier League titles, one Russian Cup, and two Russian Super Cups with the Horses during his four-year spell at the club. He currently plays for Turkish Super Lig club Faith Karagumruk. The 28-year-old is the first Nigerian to score more than once in a FIFA World Cup match, after scoring twice against Argentina in the 2014 FIFA World Cup.