The English FA has extended Gareth Southgate's contract, which will see him stay at the club until the summer of 2024. Southgate's previous contract was expected to end in December next year after the World Cup. 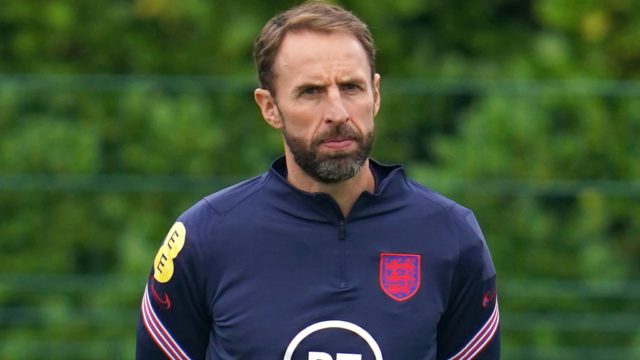 The deal was announced on the official Twitter account of the English national team on Monday, November 22nd, 2021. This new contract means Southgate will be in charge of the team in Euro 2024 if they qualify for the competition, which will be hosted in Germany.

The English man appreciated the new deal after the new contract. He said he was happy that he and Steve Holland will stay with the English national team for another three years.

I am delighted that Steve, and I have been able to extend our stay in our respective roles. It remains an incredible privilege to lead this team. I would like to take this opportunity to thank Mark (Bullingham, chief executive), John (McDermott, technical director.) And the board for their support and of course the players and supports team for their and work. We have a great opportunity in front of us and I know they and the fans are all excited about what this squad could achieve in the future. 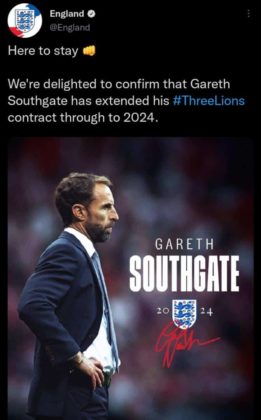 Southgate took over the role of England manager in 2016 following the sack of Sam Allardyce. He led the Three Lions to the semi-final of the World Cup in Russia. He was also in charge of the team that qualified for the final of the Euro 2020.