Real Madrid's striker, Karim Benzema, has been sentenced to one year suspended jail term but the player will plead the verdict. 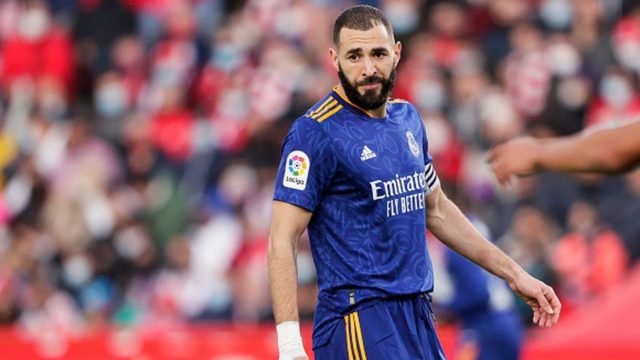 READ ALSO: 5 THINGS WE LEARNED FROM CHELSEA VS JUVENTUS

The French player was found guilty of being an accomplice in the attempted blackmail of former France teammate Mathieu Valbuena over a sex tape. He was also fined £63,000. The player's lawyer, however, has said they will appeal the verdict after the player has denied being guilty.

Benzema was one of the five people put on trial last month over an attempt to extort Valbuena. The game dated back to June 2015, when the two footballers were at a French training camp.

At the camp, Benzema put pressure on Valbuena to pay off the blackmailers, whom he had conspired with to act as an intermediary, prosecutors said.

The prosecutor argues Benzema encouraged Valbuena to pay a group of blackmailers to keep the sex tape away from the public. According to them, Valbuena received loads of phone calls threatening to expose the tape in 2015.

Both players lost their places in the French national team following the wake of the scandal which was dubbed the "sex tape affair". Benzema was, however, recalled to the France squad for this year's Euro 2020.