The body governing football in the World, FIFA, celebrated former Super Eagles defender, Celestine Babayaro, on his 43rd birthday. Babayaro is one of the finest defenders to wear the Super Eagles jersey. He was known for his concentration during games for both club and country. 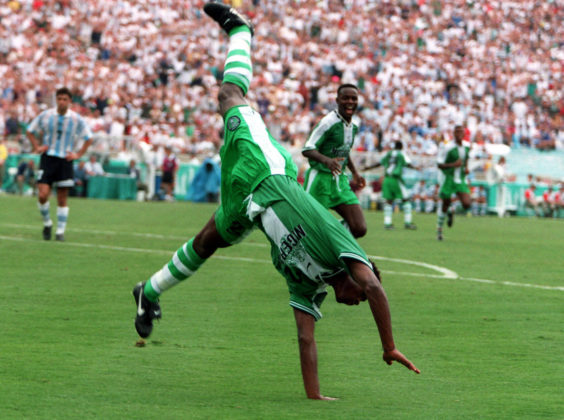 The body posted a picture of Babayaro's cartwheel celebration against Argentina in the final of the Atlanta 1996 Olympic Games, on its official Twitter account on Sunday, August 29th, 2021.

Babayaro was known for his efficiency and effectiveness at the Left back of both club and country.

Let's all do a cartwheel for Celestine Babayaro. The @NGSuperEagles' 1996 gold medal hero is celebrating his birthday today. 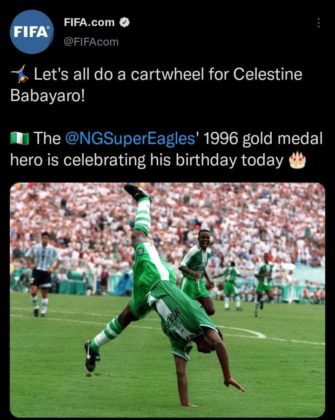 Babayaro represented Nigeria at the Africa Cup of Nations in Ghana/Nigeria 2000 and the Mali 2002 He also played at the France 1998 and Korea/Japan 2002 World Cups.
He joined Chelsea Football Club from Anderlecht in 1997. During his time at the Blues, he won the UEFA Cup Winners' Cup, UEFA Super Cup both in 1998. He won the FA Cup and Community Shield in 2000.
Babayaro was named Belgian Young Professional Footballer of the year in 1994 / 95 and the 1995 / 96 season. He also won the Ebony Shoe award in 1996.
Advertisements